How it works? Public Money Pots Start a Money Pot 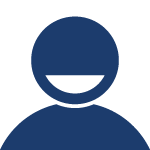 It is the 25 years of Flavie who lives in Paris. She invited her loved ones for a brunch.

One of her best friends, Mathilde decides for the occasion to create a cagnotte to offer him a beautiful gift by involving other buddies and family.

They are all in the 4 corners of France (Nancy, Tours, Troyess, Paris...)

Mathilde collects 400 Euros in 8 days, asks Kwendoo the withdrawal of the funds on his bank account and is in charge of buying the gift, an iphone. She will hand it to Flavie (on behalf of all the participants) on the day of the Bunch which she organized to celebrate her first quarter of a century.

Thus, Thierry was able to participate in celebrating the 25 years of his cousin adored, but without being able to move. He simply went over the link Mathilde had sent and made his contribution remotely.

In addition, all her relatives have left a message on kwendoo that she discovers at the same time as the surprise of the gift

Elodie marries in Toronto where her husband is from. They organize a large reception for this purpose.

All her large family in Europe will not be able to make the trip and yet a number of them would like to help make this event memorable for her.

Jérôme his uncle opens a pot on Kwendoo to involve the whole family in Belgium, France and Germany.

Once the collection is over, Uncle Jerome asks Kwendoo to pay the funds to his niece's bank account.

Elodie receives by surprise an e-mail telling him that his family in Europe has contributed for his wedding reception, the sum of 1200 Euros, enough to complete the payment of the caterer.

Pharmaceutical Equipment of a Health Center

The association of nationals of Nzérékoré (Guinea) in Europe wants to equip the Health Center of their locality, a pharmacy stocked with medicines against infectious diseases

The president of the association (who lives in Brussels) opens a cagnotte on Kwendoo, and involves the members and supporters of the organization across Europe (Guineans, French, Belgians ...).

They will spend the collection in purchase of drugs on the site of our partner transferring goods and will transfer the rest in Guinea directly via Kwendoo and our transfer partner.

The Health Center of Nzérokoré organizes a half day with its staff and the sick, the day of the reception of the stocks of medicines in order to pay tribute to their benefactors in diaspora.

Travel to Guatemala for an internship

Marc, who is studying environmental engineering in Montpellier, has always wanted to do his internship in the last year as an engineer in a country struggling with major environmental problems.

It was accepted at the Institute of Conservation of the Amazonian Forest (in its Guatemalan part).

Accommodation and living expenses are borne by the institute. Only Marc has to pay for his plane ticket and he does not have enough money.

He opens a kit on Kwendoo to collect the funds from his relatives, teachers and teammates of the team of hand of the School of Engineer.

They would like to launch a tontine among themselves in order to re-create in some way the bond of solidarity that existed between them. They do not know how to go about all being at a distance from each other.

One of them has heard of KWendoo and suggests to others to use the online kit for this purpose. They then open a periodic cagnotte in which they will collect money each month to one of them in turn. The amount of the bet is set at 75 Euros.

So every month, one of them collects 600 euros that he / she uses as he wishes.

They have thus re-created digitally and despite the distance, their mechanism of mutual assistance.